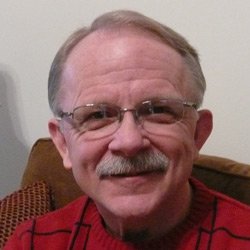 Restoring Hearts Counseling is a counseling center dedicated to helping teens and adults struggling with sexual compulsivity. It represents the focus of my life as both a pastor and then as a counselor.

I served as a Christian pastor for twenty-nine years. In my last position, I served as Pastor of Discipleship and Evangelism for First Wesleyan Church in Tuscaloosa, AL. During that time (1999-2005), I became passionately concerned about couples and teens fighting sexual struggles. Those battles had to do with Internet pornography and other online activities.

First Wesleyan Church was incredibly supportive in helping me to change the focus of my career. While I continued to serve them, I also went back to school and earned a degree in community counseling from the University of Alabama in May, 2005. A year later in 2006, I became a Licensed Professional Counselor in the State of Alabama. Somewhere in the midst of all this, I took two years to train with a widely recognized sex addiction expert, Patrick Carnes, to become a Certified Sexual Addiction Therapist in 2007.

In all this very busy time, the Lord used me to found Tuscaloosa Christian Counseling in 2004. The center operated full-time from June, 2005 until July, 2014, serving families in their battle with sexual addictions. We treated people literally from all over the country and even Canada. TCC was an outpatient, Christ-centered program for adults and teens who sought healing in areas of sexual and relational brokenness. The center literally helped hundreds of people learn how to walk in freedom.

In August, 2014, my wife and I moved to Colorado Springs, Co. Several things prompted this very difficult decision. In large measure, there was the fact of having two daughters and three grandchildren there. And, we also had other relatives on both sides of our families. Of course, if you have ever been to Colorado, you know it’s incredibly beautiful with the mountains! So, I completed the necessary steps and became again a Licensed Professional Counselor this time in Colorado.  I was blessed to serve full-time as a pastoral counselor on the staff of Focus on the Family in Colorado Springs. I served there for six years until the end of March, 2021.  There I made some outstanding friends and served with a great Christian organization.

Now, I serve Restoring Hearts Counseling full-time back in Huntsville, Alabama. I work with people struggling with a variety of issues, such as depression, anxiety, trauma and PTSD, grief, and marriage.  I also am able to assist teens and adults struggling with sexual addiction. One-half of my work is through online counseling, and the other half is in my office.  I do continue to provide two or three intensives each month. These are scheduled Friday through Sunday.

I am thankful to God that I have a part in the work and mission of restoring broken hearts and lives.